The Covid debates and the fog of ideological war
Since the start of the Covid-19 pandemic there has been a succession of debates about its origins, and how it should be managed. What happens when a debate like this, even on scientific and technical aspects, becomes hopelessly politicized? (posted Feb 18, 2022)
The CCP and the moral corruption of Western elites
Western elites—especially the heads of the most powerful corporations—are very keen to display their virtue and commitment to social justice in relation to domestic issues. But what becomes of their commitment when confronted by a rising totalitarian power with which their businesses have become closely intertwined? (posted Feb 04, 2022)
What is this strange thing called the "Left"? Part 2
How should we characterize modern identarian "leftism", often termed Cultural Marxism? How has it managed to achieve such a commanding presence in all spheres of Western societies, and what are the implications of this? (posted Jan 28, 2022)
What is this strange thing called the "Left"? Part 1
What are we to make of the Left since its wholesale embrace of identity politics. Is it truly progressive, or profoundly reactionary? (posted Jan 14, 2022)
The Capitol riot and its aftermath
A year has now passed since the riot and forcible breaching of the US Capitol building on 6 January 2021, which some have compared to the 9/11 attack. Could the political and institutional response to the riot pose a greater threat to American democracy than the riot iteslf? (posted Jan 01, 2022)

This is a new website that explores the interplay between current political debates and broader changes affecting liberal-democratic societies that are reshaping our civilization. For more background check the About section.

A selection of recent articles is posted below, with the latest items to the left. For a more complete list, click Articles or Videos above.

Starting  on 7 January 2022 there will also be a Readings section, a list of articles, videos and other items from around the web relevant to the site theme. Each item will include a brief description explaining why I think it is significant or interesting, together with excerpts and links to it. New items will be added most days.

All articles on this site are open for comment and discussion. To join in and receive our newsletter complete the sign-up form and respond to the confirmation email.

Use the contact form to send a comment or inquiry about the website and check the site guide for information about other features and options on this site.

While this website makes no pretence to neutrality on the issues it raises, we welcome all contributions whether you agree or disagree with the views expressed. We encourage comments that are civil and respectful of different opinions.

The Covid debates and the fog of ideological war

Since the outbreak of the Covid-19 pandemic, every significant issue about the virus' origins and how it is best managed has taken on a political aspect, with "left" and "right" positions on seemingly technical matters.

What ever happened to the ability to simply rely on expert opinion on matters like this, as different teams of experts line up on the opposing sides, patronizing their respective media echo chambers?

In this article, Peter Baldwin argues that this situation, a consequence of the unprecedented recent polarisation of politics, has seriously undermined efforts to deal with the pandemic.

The CCP and the moral corruption of Western elites

Western elites—especially the heads of the most powerful corporations—are very keen to display their virtue and commitment to social justice in relation to domestic issues.

But what becomes of their commitment when confronted by a rising totalitarian power with which their businesses have become closely intertwined and dependant?

In this article Peter Baldwin draws on some astounding and disturbing revelations in a newly released book to suggest that all that moral exhibitionism, all that commitment to social justice, dissipates like so much chaff in the wind.

What is this strange thing called the "Left"? Part 2

The generational radicalization of the 1960s led to the emergence of a New Left that seemed to many to represent a clear break with the totalitarian impulses of the old Marxist-influenced movement. Theorists like Herbert Marcuse called for a "long march through the institutions" to radicalize the wider society.

The success of this long march would have astounded its early advocates. But what has it wrought? In this article Peter Baldwin contends that the result, ironically, is a form of "leftism" with which the wealthy and powerful are completely comfortable. 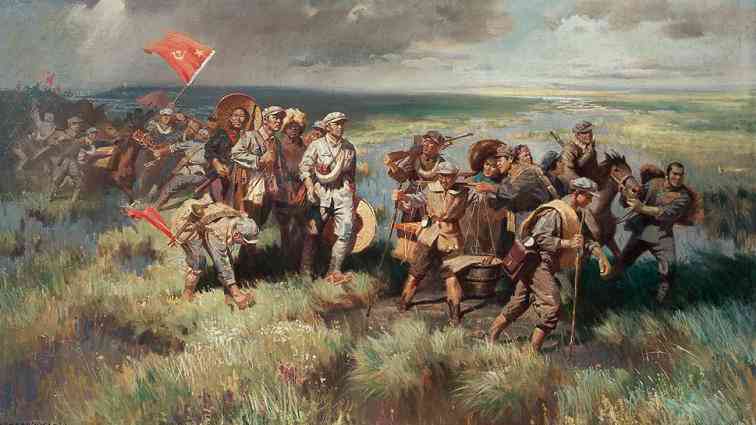 What is this strange thing called the "Left"? Part 1

Ponder this thought experiment. Suppose a left-wing activist circa 1970 was put into a deep sleep like Rip Van Winkle, and woken up in our own time. What might such a person make of what counts as being "left-wing" or "progressive" nowadays, given the Left's wholesale embrace of identity politics during his/her long slumber?

In this article, Peter Baldwin argues that he would likely find the currently fashionable "woke" variant of leftism not just deeply strange but profoundly reactionary, the antithesis of what leftists used to believe about matters like race, racism and human universality.

The Capitol riot and its aftermath

A year has now passed since the riot and forcible breaching of the US Capitol building on 6 January 2021, an event that some pundits compared to the 9/11 terrorist attack and described it as an "armed insurrection". In response, the Biden administration has set out to refocus the "war on terror" away from jihadist threats to domestic enemies.

In this article, that first appeared in the Weekend Australian of 1 Jan 2022, Peter Baldwin argues the political and institutional response to this episode could threaten American democracy more than the riot itself. 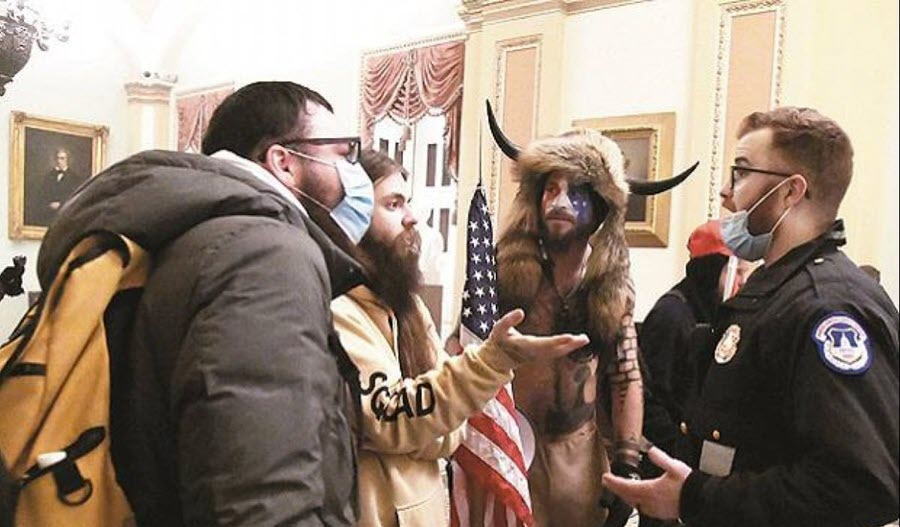 Freedom of speech has long been a core value of the liberal democracies, and nowhere has it been more strongly protected than in the United States, with its constitutional First Amendment prohibiting government, but not private sector entities,  from abridging freedom of speech or expression.

Peter Baldwin asks how effective this protection remains with the rise of digital media dominated by a handful of corporations with near monopoly dominance, and able to arbitrarily censor anything appearing on their platforms—a power ironically protected by the First Amendment. Could a class action legal case just launched change this situation?

Critical Race Theory originated in corners of American academia in the 1970s, but has become enormously influential since, along with its sub-discipline of "whiteness studies". Inevitably, intellectual notions that start in the US tend not to remain within its borders, and we now see this CRT shaping debates about race in Australia in academia and beyond.

In this article Peter Baldwin points to some of the pernicious effects of this, especially the pathologization of "whiteness" and the conceit of CRT practitioners that they can label statements or artefacts such as cartoons as racist, and designate the matter as "not debatable".

In earlier articles Peter Baldwin reviewed the growing literature on catastrophic risks that may threaten humanity in the present century, focussing on one in particular—the emergence of the CCP regime in China as a technology-empowered global totalitarian hegemon.

In this article he describes the CCP’s “dual circulation” vision of a restructured global economy that would tie the outside world to it in a relationship of growing dependency.

How does the West’s planned shift to renewables to address climate change sit with this plan? Could it facilitate the rise of the hegemon?

How the CCP shaped the Covid debate

In this article Peter Baldwin follows up his previous piece about the emergence of the CCP regime in China as a potential global totalitarian hegemon as it harnesses the latest technologies to monitor every aspect of its people’s lives and gain the ability to detect and stifle nascent dissent before it can begin to get organized.

It describes the sinister development of the CCP leveraging its economic and financial power to constrain, censor and control debate about the origins of Covid-19 beyond its own borders, including the Western democracies with, until recently, surprising success.

The spectre of global totalitarianism

In this article Peter Baldwin discusses the debate among scientists, philosophers and others about "existential risks", developments with the potential to cause human extinction or civilizational collapse, a topic of growing interest and specialist research centres.

One such risk is the prospect that AI could enable a surveillance state beyond even the dystopian imagination of George Orwell, capable of monitoring all aspects of its citizens lives: A new, perfected form of totalitarianism. What are the implications? What if it could achieve global reach?

Turning back the Woke tide

We live at a time when the identarian ideology has conquered all the major cultural institutions of our society, even infecting the corporate sector, especially the social media giants that control access to the digital public square.

How should those who are appalled by this development respond? Peter Baldwin addresses this question in a two-part video presentation titled Turning  back the Woke tide  made for the Ramsay Centre for Western Civilization.

View and read part 2: What is to be done?

When its citizens, who may have committed no crime and oppressed no one, feel obliged to get down on their knees in a gesture of expiation for historical wrongs?

Peter Baldwin explores this issue in an article that first appeared in the Weekend Australian. 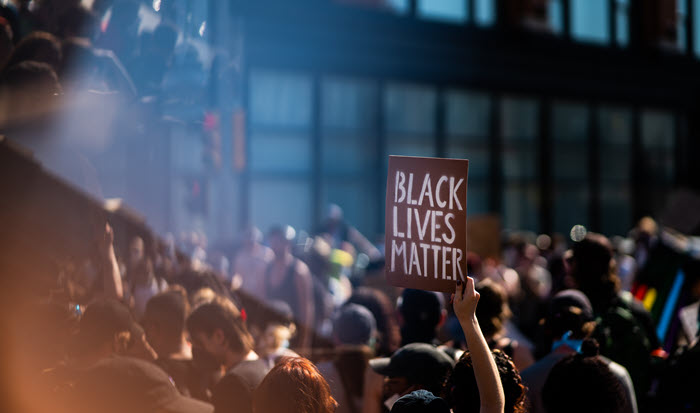 Read the article or read an extended treatment of this topic by the same author.